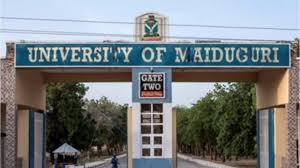 Concerned Nigerians, CN, Sunday, rejected Federal Government’s approval of N64 billion for a 27.3-kilometer perimeter fence project at the University of Maiduguri due to consistent  attacks by Boko Haram. This was contained in a statement signed by the Convener, CN, Deji Adeyanju, which according to the group N64 billion was too exorbitant following the prevailing economic situation in the country. The statement reads in part, “We condemn the Federal government’s proposed plan to construct a 27.3 Kilometer perimeter fence round the University of Maiduguri at an exorbitant cost of N64 billion. “The budgeted amount of money for a 27.3 Kilometer perimeter fence around the University of Maiduguri is over-bloated, exorbitant, and overtly outrageous. “We as an organization understand the fact that there’s a rising and ongoing insecurity in North-Eastern Nigeria where the university is located and the need for the students and staff of the university to be protected, but the money being budgeted for the construction of 27.3 Kilometer Perimeter Fence round the institution is outrageous. “The country currently, is surviving on borrowing and we have seen instances where money meant for projects like this are misappropriated or diverted into private pockets. “You would recall that the Federal Government had begun the construction of the 27.3-kilometer perimeter fence for the University of Maiduguri to check incessant attacks by Boko Haram terrorists. “The project, which is valued at N64bn according to the Chairman, Academic Staff Union of Universities in UNIMAID, Dr. Dani Mamman, is to stop the terrorists who have been penetrating the North-East part of the institution’s campus. “Dr. Dani Mamman also stated that only the western and southern parts of UNIMAID campus were initially fenced.” The group also alleged that the ending fight against insurgents in the North East region is traceable to beneficiaries of arms deal contracts. “The war against insurgency has lingered enough and we believe that the Buhari led administration is not doing enough to tame these monsters killing and maiming our fellow compatriots. The war has turned into a franchise where elites who are beneficiaries of arms deal contracts would do everything to keep their arms and aid business afloat”, it added.