Married celebrities shouldn't live like the single ones- Oritsefemi 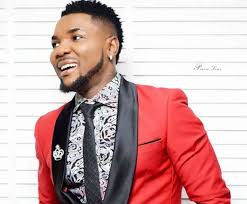 Popular Nigerian musician, Oritsefemi Ekele, also known as Oritsefemi has said in an interview that the way of life a married celebrity should be different from that of a single celebrity, be it male or female.

The musician while speaking with Saturday beats, he made known that he disagrees with people and fans who say that celebrity married or relationship wont and cant last. He said that one of the problems with relationships is that there is no transparency, and when it is absent, there is bound to be problems.
He went further to quote a Yoruba adage that says ‘If you can recognise a person in the afternoon, you won’t light a lamp to glance at them again at night.’ The meaning of the adage is that when couples know themselves in and out, nothing that the other partner do will be strange to either of them.
He went further to say that communication between partners is very important as it keeps secrets away from the relationship, which will get them to know each other more.
He also said  “When you are still single, there are some things that you can get away with, but that cannot continue after marriage. There should be a huge difference between when a celebrity is married and when single. The lifestyle of a married celebrity should be different from the days he was unmarried.’’
The celebrity also said that his tattoo is just an Africa practice and a way to show his music type.
He said “As an artiste, my tattoos are a signature of my music genre. Tattooing is African culture. In the olden days, we used to see tattoos on our parents’ bodies. The tattoos have now been modernised.
“For me, I have tattoos because I’m an artiste. Some people say their tattoos mean different things but mine does not mean anything. It’s just to identify me as a hip-hop singer.”
The musician also said that he has no intention of ending his music career as music is in him every now and then and he is planning to bring young artist up.