Nigerians are to stand up and support the president 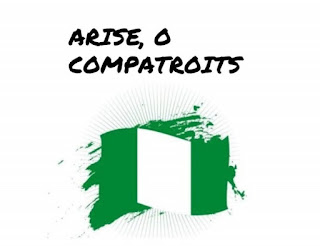 Citizens of Nigeria has been called to assist the Armed Forces in the fight for security in this time of trouble. The advice was given by a group known as the Civil Society Organization in defense of National Security. The group also pointed out some opposition made toward the president, Muhammadu Buhari. The group made the call on Friday, August 14 when its coordinator, Joe Mesele, addressed journalists in Abuja. Mesele stated that as Nigeria faces security challenges, what is required of Nigerians as patriotic citizens is to give President Muhammadu Buhari all the support for the sake of the country's future. “Therefore, there is no better time for this clarion call to all including opposition politicians, religious and socio-cultural organizations especially those who have made it their past time to denigrate and jeopardize our national security in order to aim a cheap shot at the presidency. “We ask that you cease and desist for the sake of peace and development of Nigeria. “We also believe that our dear country Nigeria has remained a strong, progressive, one indivisible nation on account of the resilience, commitment, loyalty and sacrifice of our indefatigable security agencies who are working day and night to defend and protect us,” he said. He continued: “Sadly, more than Boko Haram, militants and bandits, the heaviest price our gallant officers and men are made to bear of late is the sustained unconscionable vilification orchestrated by unpatriotic politicians and mischievous interest groups. Kogi guber: Huge number of APC aspirants is due to my efforts, says Gov Bello “To this set of Nigerians, not even matters of national security or the corporate existence of the country can be spared their negative politics or religious bigotry. “They just want to destabilize our national security and consequently destroy Nigeria because of their hatred for Buhari.” The group further condemned the attempt to ridicule and destroy the image of Nigerian Armed Forces and the entire country's security apparatus. “In our estimation, those on trial are the double-dealing political, religious and ethnic jingoists who are hell-bent in destroying our national security fabric to advance their selfish interests. “Even as we align ourselves to the call for quick decimation of the Boko Haram terrorist group and total obliteration of banditry in our country, we do not want to believe the lie that the problem is with the service chiefs." The group called for unconditional public solidarity and unflinching support for Nigerian Armed Forces, stressing citizens must ensure that their morale is boosted and their fighting spirit is intact. Before an officer searches you, search the officer first - Police give 14 tips on arrest Meanwhile, the Northern Governors Forum has condemned the recent attack in Southern Kaduna in which about 20 persons were reportedly killed on Wednesday night, August 5. The armed gunmen attacked four Atyap villages in Zangon Kataf local government area of Kaduna state. In a statement sent to journalists, chairman of the forum and Plateau state governor, Simon Lalong said the persistent attacks on villages in the area despite all efforts by the Kaduna state government and security agencies to end the violence raises serious concern and criticism.