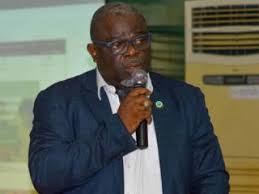 Dr Idris Salako, who is the Commissioner for Physical Planning and Urban Development,  said the urban renewal projects in Barigal Local Council Development Area and Somolu Local Government Area, will work on the Areas and stop flooding.

The statement said Salako and other officials including the Special Adviser to the Governor on Urban Development, Ganiyu Ayuba, the Permanent Secretary, Foluso Dipe, and the General Manager, Lagos State Urban Renewal Authority, Ajibike Shomade, inspected the urban renewal projects in the region.

“Arobadade channel will de-flood Arobadade Street, Oresegun Street, Odunsi Street and adjoining streets and enhance the standard of living of members of the communities,” he stated.

According to him, features of the roads include paved stones, drainages, walkways on both sides and water hydrants among others.

He said the projects, which were at advanced stage of completion, were being executed by the Lagos State Government through LASURA as part of its urban renewal strategy in line with the development of the blueprint of the government.