Some schools have not met the required to reopen again 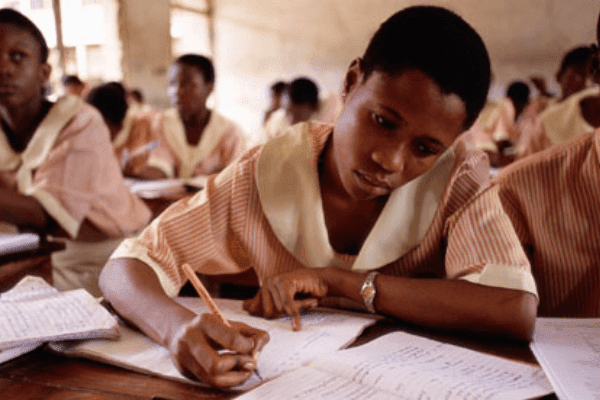 SSS3 students will be resuming on the 4th of August, Tuesday, for the West African Senior School Certificate Examinations starting on August 17.

RICHENTBLOG finds out that SSS3 pupils in Lagos, Benue, Kwara and Ogun states are preparing  for  resumption on Tuesday, while WASSCE candidates would resume in  Cross River State on Monday (today).

Enugu, Gombe and Rivers states have yet to announce the resumption dates for their  pupils, unlike Ekiti State, where pupils will resume on August 10.

RICHENTBLOG investigations, showed that many state many states have not yet provided water for cleaning and washing of hands to prevent the spread of COVID-19.
Remember on Monday that the Federal government said that only schools that follow COVID-19 prevention protocols should open.
FG said that  schools must provide running water and hand-washing points sanitisers.

On Sunday, our correspondents observed that many state governments had not met all the PTF guidelines.

In Benue State, the state government has not put in place necessary measures that could prevent the spread of COVID-19  among pupils and teachers on their resumption.

The state government, through the Commissioner for Education,  Professor Dennis Ityavyar, had last  week announced  Tuesday as the date for  reopening of Primary 6, JSS 3 and SSS 3  classes.

But one of our correspondents,  who went to some schools in Makurdi, the state capital, on Sunday, reported  that there were no signs indicating the preparedness of the state government to reopen schools in line with the Federal Government’s protocols.

It was gathered that government had yet to  fumigate any  school in the state neither was there anything to suggest that pupils would be resuming on Tuesday.

At the Government Model Secondary School,  Makurdi, there was  no  hand-washing points at the entrance of the school or the classes. No hand sanitisers were seen in and around the classes.

Also, at the Mount Saint Gabriel Secondary School, Makurdi, St. Joseph Secondary School, Nyiman, and the LGA Pilot School, Wurukum, the situation was the same, as there was no facility to prevent the spread of COVID-19 on the premises.

At the Arabic School, Lobi Quarters, the  gate was locked,  but a peep into the premises through the fence indicated that the environment was bushy  which might pose a serious danger to  pupils on resumption.

Efforts to speak to the Commissioner for Education, Ityavyar, proved abortive as he could not be reached on the telephone. He did not respond to the SMS sent to him.

Give us PPE, others if you want us to resume, Gombe tells FG

In Gombe State schools, including  Orji Secondary, Gombe and Government Science, Lakanje, Kaltugo, there was no provision for hand-washing materials.

But the state Commissioner for Education, Dr Habu Dahiru, in an interview with The PUNCH,  said the state  had yet to decide on the date when its SSS3 pupils would resume.

He stated, “If the Federal Government will give us what is required to resume at their stipulated time, we will.  But if they can’t give us a penny and they say open on August 4, I don’t think that is fair. If they say open schools on August 4 and the NCDC (Nigeria Centre for Disease Control), prescribes necessary things, states should be given sometime to get them before schools are reopened.”

There are no teachers to handle extra-classes – Sokoto teacher

Also,  in Sokoto State, RICHENTBLOG correspondent observed that schools had not started making preparations for resumption of SSS3 pupils.

The Sokoto State Government has announced Tuesday as resumption date for  SSS 3 pupils.

A visit to some of the schools clearly indicated that they were not in  compliance  with the guidelines.

At the Sultan Attahiru Secondary School, Sokoto,   there were no  wash- hand basins at the school entrance on Sunday.

A worker resident in the school said, “There are no wash-hand stations either with soap and sanitizers within the school premises.  A water reservoir is even a no-go area.


“It is easier to adopt physical distancing  in the classrooms, meaning we can use other classes since it is not all the pupils that are resuming,  but do we have enough teachers to handle the extra classes?” he asked.

The SSS3 pupils  in Cross River State are to resume on Monday, August 3. The Special Adviser Education to Governor Ben Ayade, Castro Ezama, said, “They will resume tomorrow to prepare for their exams.”

In  Ekiti State,  the state  government stepped up preparations for resumption of schools on August 10. It was gathered that materials such as soap, sanitisers and infrared thermometers would be distributed to public schools this week.

The state Commissioner for Education, Foluso Daramola, in a statement titled, ‘Press release on the reopening of schools in Ekiti State’   on Sunday said the training of focal persons for the schools would begin on Tuesday.

He stated, “Principals/headteachers are also to arrange their halls/hostel dormitories in conformity with COVID-19 protocols for physical/social distancing. They are also to adhere strictly to all the guidelines already distributed to both private and public schools.”

On its part, the Oyo State Government explained the need to adjust the school calendar in the state to ensure uniformity with the recent adjustment made by the Federal Government.

The Commissioner for Education, Science and Technology in the state, Olasunkanmi Olaleye, said this in a statement on Sunday titled, ‘School reopening, Oyo government hails teachers, provides details of new school calendar.’

He stated, “Terminal classes, including the Senior Secondary School 3; Junior Secondary 3 and Primary 6 pupils resumed classes in Oyo State on July 6, despite the alarms raised by the Federal Government and some education stakeholders.”

The Enugu State Commissioner for Education, Prof Uche Eze, said the government would soon announce the date the pupils in exit classes would resume, adding that decontamination of schools commenced last Friday.

In Lagos State, when one of our correspondents visited Anwarul Islam Girls High School, Ojokoro, on Sunday, he noticed that the school did not make provision for hand-washing  points within the school or outside the school gate.

The classrooms were also not marked to give room for social distancing among the pupils as of 6pm when the correspondent visited there.

At the Lagos State Model Senior College, Meiran, some parents brought their children who would resume.

The Governor of Lagos State, Babajide Sanwo-Olu, had on Friday. said the government would provide face masks for all schools.

In Ogun State, none of the schools visited had sanitisers and hand-washing points at their the entrances.

When contacted over the development , the Chief Press Secretary to the Governor, Kunle Somorin, said, “No school is in session. Schools are resuming on Tuesday. Teachers and  school administrators will be there as  from tomorrow (Monday) Ogun.”

We will fix them on Monday, says govt

Also reacting, the Special Adviser to Governor on Basic and Secondary Education, Mrs. Ronke Soyombo,  said the  items would be fixed on Monday.