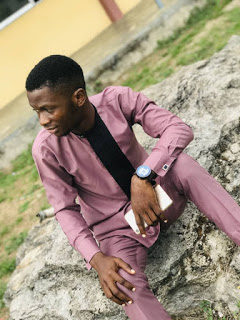 Ademuyiwa Richard seun (born 9 March 1998) is a Nigerian blogger, writer and web designer. he is known for his blog.

Richard was born into a family of five, four males and one female. He was raised by his mother and father, Mr and Mrs Ademuyiwa. Ademuyiwa Richard seun is from Odeomu, Osun State, Nigeria.

He is the first child of his family. He began writing at the age of 20. He finished his secondary school in Command Day secondary School Ojo Cantonment at the age of 16 and went to a polytechnic and later enrolled at the Lagos State University as a Direct entry student, where he studies Electronics and Computer Engineering.

He started blogging as a hobby because he wanted to learn to design a website and also play with the codes because he is a computer engineering student.

Though Richard is still a student, he started blogging in 2020 hoping to earn from it with the help of Google AdSense.

He became active as a blogger in 2020 as days and month goes by using a blogger sub-domain richentblog.blogspot.com and later obtained his domain www.richentblog.com.ng.

Richard is a fan of playing football because his dad takes him to the field when he was a kid. Funny enough he doesn't like watching.

When he was little he said he wants to be a footballer like Messi and Ronaldo, but I guess he changed his mind as he grew up and decided to be an Engineer. He also likes singing and drumming as well. He has been in the church choir since he was a kid.

Ademuyiwa Richard is also a good chess player. His dad was his teacher and he started playing at the age 16.
Richard's favorite colours are: pink and yellow colour. He stated that he likes anything that has a bright colour.

Below are some of his pictures:

A photo of Richard while on the the drums: 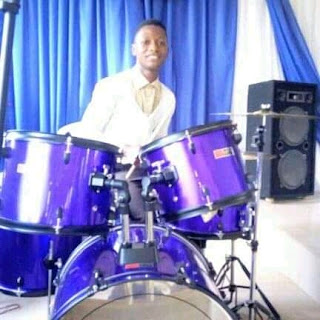 A photo of Richard with his uncle, Ogunshina Lekan: 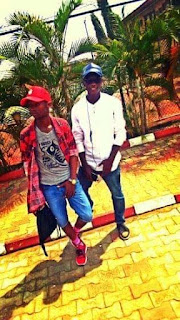 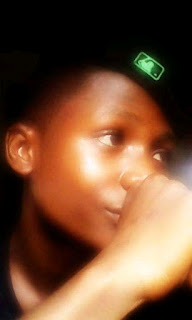 I will be stopping here for now until we get more updates on Ademuyiwa Richard.
In case you want to update your biography also, do well to contact us or leave a comment in the comment section below.