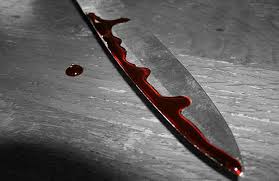 Onyinye Chime, who is of age 25 has allegedly stabbed her boyfriend, Eleyi Azubuike to death for asking her to abort her pregnancy in Anambra State.

The scene took place on Ochiagha Street, Nkpor, near Onitsha, in the Idemili Local Government Area of the state.

Richentblog learnt that Eleyi Azubuike asked Chime to terminate the pregnancy she had for him but she refused to do so.

Informant said that her boyfriend didn't give her money to take care of her self, and that Chime was not comfortable with the idea of getting rid of the pregnancy and she lamented about the whole issue but they never knew it was going to result to this.
The state Police Public Relations Officer, Haruna Mohammed, confirmed the incident.

ALSO READ: Erica and Lucy out of the BBNaija 2020 show

“Police detectives attached to Ogidi division visited the scene and rushed the victim, who was found in a pool of blood, to Iyi Enu Mission Hospital, Ogidi, for medical attention, where he was certified dead by a medical doctor. The corpse was deposited at the hospital’s mortuary for an autopsy.

“A careful observation of the deceased’s body revealed stab wounds on his chest,  while a bloodstained kitchen knife was recovered as an exhibit at the scene.

“Preliminary investigation revealed that the deceased allegedly impregnated the suspect and wanted an abortion, which she declined and demanded some money for her upkeep, which the deceased refused to oblige.

“That eventually led to a scuffle which resulted in the man being stabbed to death.”
The police has said that the case is under investigation and decision on what to do about the case.