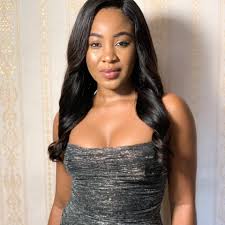 The housemate had recently gotten into trouble after Biggie reviewed a video of her fight with Laycon where she used strong languages on him which is unacceptable in the BBNaija show.
Biggie had earlier said that she spoilt the house property by pouring water on the head of house bed which is unacceptable in the show.
Erica said that Laycon lied that she has tried  kissing him in the house many times when Laycon was asked the question by Ebuka Obi-Uchendu bin.
Biggie also said that she broke another rule of the house by not allowing the deputy head of house to sleep in the head of house's room.

Neo was also given the last and final warning against stopping fellow house mate Vee after the video review.
The fight between Erica and Laycon started when Erica saw Kiddwaya dancing with Nengi in the party. This got Nengi mad and her mood changed but Nengi told her nothing was between them and she was not interested in her boyfriend.
She was still angry when the issue with her and Laycon started and she called him different names like "ugly",  "mopstick", he looks like "drumstick" and words like death.

Former head of house, Lucy has also been evicted from the show and she even refused to hug any house mate while leaving the show.

What do you think about the whole thing, was biggie right to have evicted Erica when Laycon told a lie?
Let's know in the comment section below.